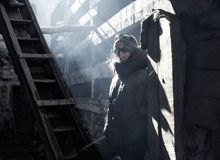 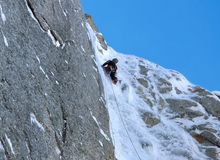 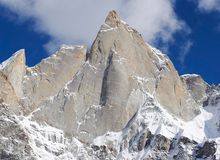 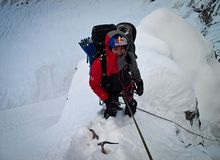 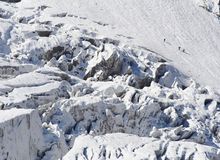 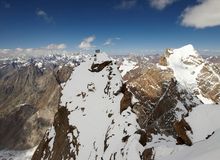 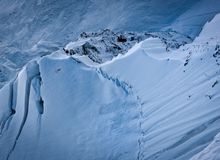 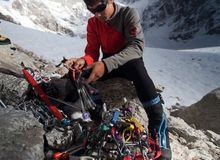 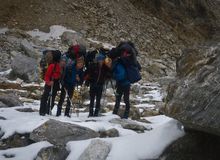 05.09. Shortly after midnight I arrive at Delhi airport. My Swiss partners Stef Siegrist and Denis Durdet are already waiting in the big entrance hall with our cameraman Rob Frost and photographer Stefan Schlumpf.

06. – 08.09. At seven in the morning we enter the bus - our jail fort he next three days. The heat is stifling. We’re passing away our time by watching one film after another, until all our laptop batteries are empty. From Delhi we’re driving the (not even) 600 km to Jammu. In Europe you would probably need about six hours for this distance, but we’re not in Europe – we need about 17 hours.
The next morning we carry on to Kisthwar – 230 km, eight hours – and the day after to Gulaghab. Neither one of us wants to know how many kilometres we’ve been driving today nor how long we’ve been on the road. We dismount.

09. – 11.09. For nearly 20 years, the region in the Kashmir-Himalaya has nearly been forgotten. Political unrests made it impossible to reach the myriads of five- and six-thousanders. Along the street from Kishtwar to Gulaghab we passed some military posts and barbwire galore without any problems. So we feel save to start our tour to the so-called „Saphire Valley“ early in the morning. Huge herds of sheep and goats are passing our way. In the local villages, where Muslims, Hindi and Buddhists are living together in peace, we’re invited to hot Tschai and after three days we finally reach our basecamp.

14.09. After a scouting trip across the tremendous glacier it was clear in our minds, that we had to move our camp closer to the mountain. We organized some donkeys, which hauled our material to a higher position and then we adapted our new basecamp more than 4000 metres above sea level.

15. – 23.09. The monsoon is banished for this year and the weather seems to brighten up. It’s snowing less and less and on some evenings it’s even staying dry. On the right side of the glacier we carry our climbing gear past the great icefall, then we traverse to the left side at about 4800 metres above sea level. We stay on this side, until we reach our ABC, the Advanced Basecamp. Underneath a rock face we build a small platform out of stones. Just big enough for two tents. While raising the heavy blocks, we feel dizzy and our headaches become more intense. We’re higher than 5000 metres for the first time and our bodies recognize this too.

We take a sleep in the ABC and bring up the remaining stuff the next morning. Tomorrow we’re coming down again to pause for some days in our basecamp.

26.09. The two-days-break at the basecamp did us a world of good. Packed with our light rucksacks we’re climbing up to our ABC in only five hours. Tomorrow morning we’ll talk to Charly Gabl, our weather god from Innsbruck, once again and then start to climb.

27.09. We‘re starting across a long snow field and then enter combined terrain. The rock is bad and the 40 cm of fresh snow are making our tramping incredibly hard. Stef is leading, while Denis and I are tragging behind the heavy haulbag. It’s already 9 p.m. when we reach the plateau next to the icefall and set up our Camp I.

28.09. Early in the morning Denis ascends the 400 m long snow field halfway down the wall. After that, two challenging rock-pitches are following and then the cognition: 150 m to the right there’s a logical and beautiful iceline leading to the south ridge.

We’re cancelling our try and rapelling to Camp I. It would have made no sense to continue our climbing. Because of the haulbag and the lots of stuff we’d have been too slowly – we’d have never reached our bivouac place and we would have run out of food before our first try to the top. So we decide to take a rest for one day at Camp I.

30.09. We’re getting up at 3 a.m. It’s icecold and our whole stuff is frozen. We melt water, warm up our climbing boots above the gas cooker and off we go…

Without the haulbag we’re much faster and when the surrounding peaks are glowing from the early morning sun, we’re already at the start oft he ice couloirs. I’m leading and my expectations aren’t belied. The ice – actually the iced snow – is beautifully soft. Every hit with the ice axe strucks home, but ice screws are superfluous. They wouldn’t hold us, if we fell. Every now and then I’m able to place some gear, but long runouts and spindrifts are the order of the day. Every few minutes I have to keep my head down and endure the snowshower at -25°C. Shortly before midday I finally ascend south ridge. Some rocky steps at grade 6 and I’m at the top-snowfield.

We’re naming our route „Yoniverse“ and after about an hour we’re starting rapelling. Briefly before it’s getting dark we reach our camp I and the next morning we’re rapelling to ABC and carry our whole stuff back to the basecamp. We did the whole route without a single bolt and climbed the face alpine style.

More photos of our photographer Stefan Schlumpf will be online soon.

Here’s the report of Stef Siegrist.

Avaatara – A journey back, and a journey to Lebanon

Masherbrum, the second round