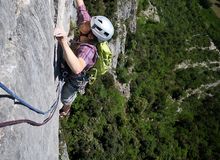 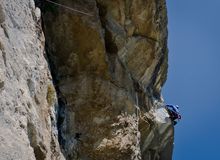 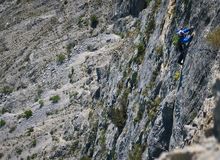 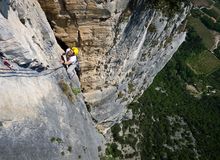 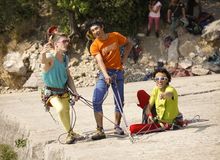 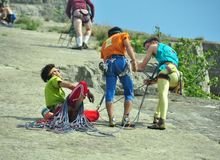 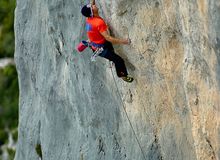 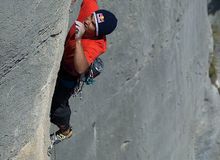 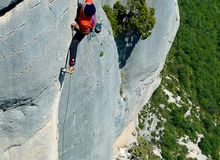 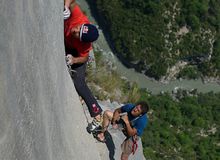 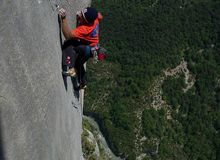 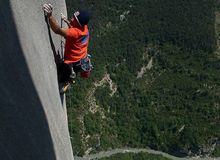 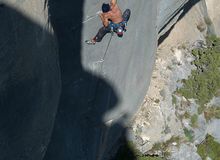 After I had packed away my skis for this season, it was time to do something on the rock again. Together with Daniel Steuerer I went to Arco for two days and climbed the classics “Non solo pane”/Monte Casale and “Via delle Fontane” in Mandrea. On the next day my old friend from school, Klemens Holzleitner, was following and together we climbed the routes “Cesare Levis” and the 1.000 metres long “Via del Boomerang”.

Just one week later I was in Arco again. Gerhard Hörhager and La Sportiva hosted the “Festa della Placca”, true to the motto “Back to the 80ies”… take a look at the pics!

In-between my two stays in Arco, I wasn’t idle as well and climbed two routes in the “Martinsgrotte” near Innsbruck. The first one, a very complex 8b+, I named “Satansbraten” (“Cheeky devil”). The second one is a little bit tougher and called “Der Teufel schläft nie” (“The devil never sleeps”).

The last week of May I spent in Southern France. At first I went to Cèuse for a few days with Hansjörg Auer, Rainer Eder and Ben Lepesant. Then we travelled to the Verdon, where some classics were waiting for us. I climbed one of the most beautiful 6c's of my life and also did the route “Le Gents brave…”.