One week in Chamonix 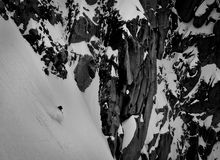 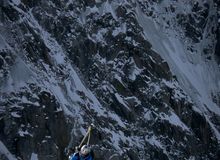 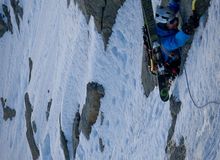 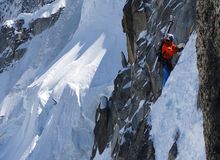 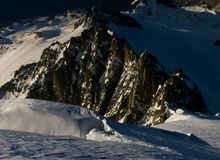 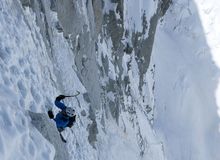 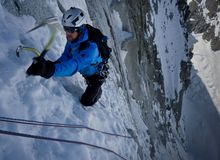 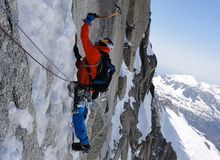 Still in Patagonia, Peter Ortner and I decided to travel to Chamonix in April. The mountains with their steep rock faces, the great icefalls and the countless icecouloirs are just attracting us again and again...

We started from Innsbruck on April 4th. After six hours in the car we finally arrived in „Cham“ and moved into our little apartment. With our binoculars we tried to figure out the conditions, but then decided to explore our surrounding on skis the next day.

We took the first cable car up to Aig. du Midi. From there we skied to the Cosmique hut, down the Cosmique Couloir to the middle station and went up again with the next cable car. This time we rappeled from the bridge that links the North and South summit of the Aig du Midi into a narrow couloir and skied to the middle station again. As a finalization we went to Montenvers via the Vallee Blanche. All in all we had about 5.000 metres downhill and 0 meters ascent – a good start!

On the second day we planned to do the supercouloir up to Mont Blanc du Tacul. As we picked the direct start, the first two pitches proved to be quite challenging, but after that the climbing turned quite easy. So Peter and I decided to rappel down after 400 metres to avoid a bivouac.

In return the third day got the lot... From the top station of the Grand Montets we wanted to climb to the Aig. Verte via its West ridge and ski down the Whymper Couloir to Chamonix the same day. Climbing on the ridge turned out as extremely ambitious and so it took us much more time than we had expected. The Whymper Couloir was in bad conditions to ski in the late afternoon, so we had to rappel down. Just after midnight we finally arrived at the Couvercle hut and decided to stay over night. On the next day we carried on to Chamonix.

The following day was planned to be a restday, because the 1000 metres high Droites north face was still on our to-do-list – but the weather was too perfect, so Peter and I climbed up the Petit Capucin via an icecoulir.

Last but not least we did the Droites north face as well. Conditions were perfect, so we climbed the Messner route in – more or less – only six hours. A successful end!